FDA’s Definition of Sterility, Sterile: Is It Sound and Complete? 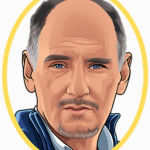 December 6, 2012 (updated November 26, 2014) — This article discusses one of 5 controversial instrument-reprocessing topics. The other four topics are discussed in a more complete article that can be read by clicking here

The FDA defines “sterile” in its draft guidance document discussing the reprocessing of medical devices as a “state of being free from viable microorganisms.”

This definition would seem incomplete, however.

To be certain, the “sterility” of an instrument implies that it is incapable of transmitting not only and solely infectious organisms, but also non-infectious materials and contaminants—for example, with residues, endotoxins, or toxic chemicals capable of causing patient injury (but admittedly not infection).

The FDA’s definition of “sterile” (published in at least one of its draft guidance documents) does not account for the harming effects caused by surgical instruments contaminated with non-infectious soils, debris and materials. — Lawrence F Muscarella, PhD

The definitions of “aseptic” vs “sterile”

This discussion of the FDA’s definition of “sterility,” or of being “sterile,” brings into focus the difference between the definitions and the aims of the terms “aseptic” and “sterile.”

Wikipedia states that (accessed 6-20-13):  “Asepsis is the state of being free from disease-causing contaminants (such as bacteria, viruses, fungi, and parasites) or, preventing contact with microorganisms. The term asepsis often refers to those practices used to promote or induce asepsis in an operative field in surgery or medicine to prevent infection.”

This source adds that:  “Ideally, a surgical field is ‘sterile,’ meaning it is free of all biological contaminants, not just those that can cause disease, putrefaction, or fermentation, but that is a situation that is difficult to attain, especially given the patient is often a source of infectious agents. Therefore, there is no current method to safely eliminate all of the patients’ contaminants without causing significant tissue damage. However, elimination of infection is the goal of asepsis, not sterility.”

The claim that a surgical instrument is sterile connotes, not just the absence of infectious agents, but also both its cleanliness and inability to transmit non-infectious materials that, like bacteria, are also capable of causing patient harm.

More than a decade ago, reports documented an outbreak of corneal endothelial decompensation following ophthalmic surgery.(19) Acute and non-infectious, corneal endothelial decompensation—like toxic anterior segment syndrome (TASS), which is a non-infectious inflammation of the eye’s anterior segment—may be caused by contaminants on surgical instruments.(20)

Through oxidation, these residues formed during the exposure of the brass components of the ophthalmic instruments to a peracetic acid-based low-temperature sterilization process, which the FDA removed from the market in 1998.(19) [Click here for more details.]

Another of Dr. Muscarella’s related articles (click  here) discusses how application of the FDA’s current definition of “sterility” can yield potentially misleading conclusions about the risk of patient harm associated with the inadvertent reprocessing of surgical instruments with hydraulic fluid (instead of detergent), which occurred at a hospital in the south in 2004 and was the subject of several news reports.

Indeed, although not contaminated with infectious debris, these ophthalmic instruments nevertheless caused serious eye injuries, reportedly through the introduction of toxic residues into the eye during surgery.

Yet, according to the FDA’s definition, these instruments were “sterile,” which is seemingly inconsistent not only the intent of the true definition of “sterility,” but also “sterility’s” inextricable association with cleanliness.

Whether confusion about the definition of “sterile” has been linked to healthcare-associated infections (HAIs) is unclear.

The FDA is respectfully requested to consider revising its definition of ‘sterile’ to be a ‘state clean and free of both viable, infectious microorganisms and of non-infectious contaminants capable of causing patient harm.’ — Lawrence F Muscarella, PhD

No doubt, a clear definition of “sterile” (distinct from “asepsis”) is important to prevent user confusion, improve the quality of instrument reprocessing, and minimize the risk of infection.

New Guidance for Hospitals Considering the Sterilization of Flexible Endoscopes

A paid ($) membership is required to read all of Dr. Muscarella's articles. Become a member.

A paid ($) membership is required to read all of Dr. Muscarella's articles. CLICK HERE to become a "Elite" member.

Dr. Muscarella in Print and on the Radio:

New Guidance for Hospitals Considering the Sterilization of Flexible Endoscopes