A Colonoscope is Linked to Two Infections of the Nightmarish ‘CRE’ Superbug. Colonoscopy could now also be a risk factor for infection, in addition to ERCP and bronchoscopy. 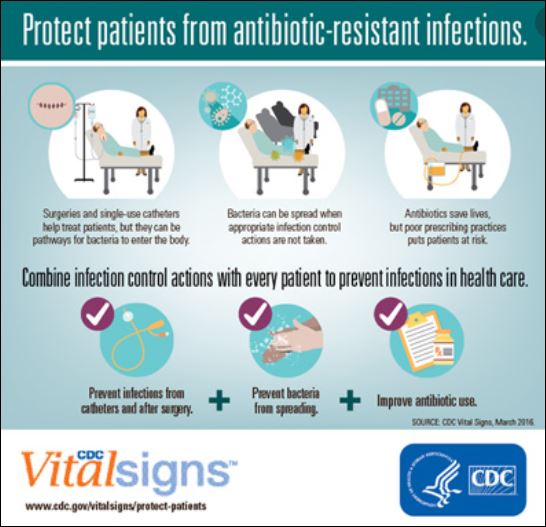 January 10, 2019 — Infections caused by a nightmarish superbug have been identified following exposure to a colonoscope, according to two related regulatory reports filed last month.

On December 7th, a manufacturer notified the FDA that two U.S. patients developed an infection of carbapenem-resistant Enterobacteriaceae after undergoing unspecified procedures earlier in 2018 using the colonovideoscope. This feared germ is better known as CRE.

The colonovideoscope was tested and cultured by a third party to evaluate its potential role, and the result was negative for the bacteria, the reports state.

Sampling an endoscope can be inefficient, however, and its results sometimes in error. A contaminated endoscope can misleadingly yield a “no bacteria” finding.

Recognizing this possibility, some gastrointestinal experts published in 2016 that culturing can be “imperfect.” Others have similarly reported that microbiological surveillance of endoscopes is influenced by culture method and sampling technique, and that endoscope samping has not been validated “for ensuring sterility.”

Click here to read the first of these two regulatory reports filed in December [see image of report below]. The second similar report can be read by clicking here instead.

The two patients’ course of treatment is unknown, and the cause of this reported case cannot be determined at this time, according to the two medical device reports. The name of the U.S. facility was redacted from the reports and is unknown.

It is a certain possibility that this colonoscope did not infect these two patients with the CRE,* and that another mode was responsible. The role that this device might have played in this case requires a more detailed investigation.**

Nonetheless, these two regulatory reports document the first case (I am aware of) linking a colonoscope to infections of the feared CRE superbug. Additional case reports would be necessary to assess whether this incident is isolated or suggestive of a new emerging risk.

If it can be confirmed that a colonoscope has infected a patient with CRE, the impact on infection prevention and public health could be significant.

As many as 15 million colonoscopies were performed in the U.S. in 2012.

In addition to inadequate reprocessing, risk factors for a flexible endoscope to transmit CRE include complex designs that hinder thorough cleaning, damage to the device and faulty servicing, maintenance or repair of the endoscope.

This article is the first to discuss this case linking a colonoscope to infections of CRE.

The risk of infectious complications during a gastrointestinal endoscopic procedure, such as colonoscopy, is reportedly low, with some publications estimating the frequency to be 1 in 1.8 million procedures.

Today’s risk of a colonoscope transmitting antibiotic-resistant bacteria is difficult to calculate, however, primarily because of the general lack of post-endoscopic surveillance to monitor patients and collect the necessary infection data to estimate this risk accurately.

Wang et al. (2018) published last year that post-endoscopic infections “are more common than previously thought and vary widely by facility,” adding that “[a]lthough screening colonoscopy is not without risk, the risk is lower than diagnostic endoscopic procedures.”

Their findings suggest that “postendoscopic infections are occurring without being detected by existing surveillance systems.”

Related (June 10, 2019): The FDA received a regulatory report on June 10, 2019 that similarly links colonoscopy to a patient’s infection or carriage of CRE. According to the report, the colonoscope’s manufacturer “was informed that after a colonoscopy procedure” performed in 2018, “the patient’s urine tested positive for carbapenem-resistant enterobacteriaceae (cre)” later in 2019.

As part of the investigation, a representative of the colonoscope’s manufacturer visited the facility to observe reprocessing practices and provide training, as needed. A few cleaning deviations were noted, with the facility acknowledging that some reprocessing improvements are needed, and that it will conduct competency checks of staff more often, the report states.

“The cause of the patient infection cannot be confirmed,” according to the the manufacturer’s narrative provided in the report.

The report also includes the manufacturer’s advice that “[i]mmediately after each patient procedure and before disinfection/sterilization, thoroughly clean the endoscope and the accessories used with the endoscope. … Insufficient cleaning and disinfection or sterilization of these components may pose an infection control risk to patients and/or operators.”

A recommendation for consideration to reduce risk

Medical facilities in the U.S. might consider the feasibility of adopting and applying to colonoscopes, when deemed feasible and warranted (e.g., in an outbreak setting), at least one of the four supplemental measures the FDA published in August 2015 to improve the safety of duodenoscopes.

Each with its own set of benefits and shortcomings, the FDA’s four supplemental measures are microbiological culturing, ethylene oxide sterilization, use of a liquid chemical sterilant processing system, and repeat high-level disinfection.

Use of sterile instrumentation, also when feasible, might be another measure to evaluate and consider to reduce the risk of an endoscope transmitting CRE or a related multidrug-resistant organism.

Duodenoscopes linked to a colistin-resistant superbug

In December 2017, Discussions in Infection Control publicized, apparently for the first time, that a duodenoscope had been linked in the U.S. to “probable transmission” of a colistin-resistant superbug.

The case was originally disclosed in a regulatory report that a different manufacturer submitted to the FDA in August 2017.

That 2017 regulatory report describes a patient who was infected (or colonized) with colistin-resistant Klebsiella pneumoniae following ERCP (or, endoscopic retrograde cholangiopancreatography) performed using a duodenoscope apparently earlier that year. The same duodenoscope had been used nine days earlier on a patient already infected with this superbug, according to the report.

Testing confirmed that this resistant Kl. pneumoniae strain carried the mcr-1 gene, which confers the organism’s resistance to colistin — a “last resort” antibiotic.

The risk of infections associated with duodenoscopes is now well known.

In 2015, the FDA’s oversight of these devices increased in response to several outbreaks of CRE and related bacteria, beginning in 2012, that investigations linked to duodenoscopes.

In October 2015, for example, the FDA ordered the three U.S. duodenoscope manufacturers to conduct postmarket surveillance studies  to better understand the reprocessing of these devices in the real-world clinical setting.

Postmarket surveillance studies are important tools for collecting useful data about a device that can reveal unforeseen adverse events, the actual rate of anticipated adverse events, or other information necessary to protect public health, according to the FDA.

It is unclear whether the FDA might be considering extending its enhanced oversight to other types of reusable equipment including bronchoscopes (and possibly colonoscopes) because of growing recognition of their potential to remain contaminated and transmit CRE or a related multidrug-resistant organism.

A resistant infection in Wyoming

Several news sources reported yesterday that a Wyoming patient has been diagnosed with a rare antibiotic-resistant bacterial infection.

According to a news release from the Wyoming Department of Health (WDH), the infection was caused by Enterobacteriaceae that carried the antibiotic-resistant mcr-1 gene — the same type of bacteria that Shenoy et al. (2018) wrote about previously in their article discussing transmission of mcr-1 by a duodenoscope.

It does not appear the infection was acquired at the hospital, the WDH stated in this new release.

A state health officer and state epidemiologist with the WDH said, according to a statement by the health department posted yesterday, that when “bacteria become antibiotic-resistant, then certain categories of antibiotic medicines will not work to kill the bacteria to treat an infection. … In this case, the organism found is resistant to a category of antibiotics sometimes described as ‘last resort’ medications used to fight infections.”

This health officer added that the mcr-1 gene found in this patient’s bacteria “has been identified in only a handful of states over the past few years.”

Whether the infected patient had recently undergone a medical procedure that is a known risk factor for mcr-1 transmission, or traveled to a locale where the bacteria is more common, remains to be determined.

Discussions in Infection Control in 2015 published an article (“A Bronchoscope Was Linked to a ‘Superbug’ Outbreak in 2014“) describing the association between a bronchoscope and 14 patients who tested “positive” for CRE. The article provided recommendations to prevent bronchoscopes from transmitting CRE and related multidrug-resistant bacteria.

Later in 2015, the FDA published a safety communication with the following recommendations for patients undergoing bronchoscopy (along with the FDA’s notice sharing preliminary information regarding infections associated with reprocessed flexible bronchoscopes):

Undoubtedly, the designs, clinical applications and infections risks associated with bronchoscopes are distinct from those of colonoscopes.

Nevertheless, these and other recommendations designed to improve the safety of bronchoscopy might also be prudently considered and applied, as deemed warranted, to colonoscopes.

Discussion in Infection Control has published several articles that provide recommendations to prevent not only duodenoscopes but also bronchoscopes and other types of flexible endoscopes from transmitting CRE and related superbugs.

Some of these articles are:

Noted earlier in this article, Discussion in Infection Control now suggests, too, that U.S. medical facilities consider the feasibility, appropriateness and merit of implementing at least one of the FDA’s four aforementioned supplemental measures (e.g., performing high-level disinfection twice) to improve the safety of colonoscopes.

The related peer-reviewed article, “Risk of transmission of carbapenem-resistant Enterobacteriaceae and related ‘superbugs’ during gastrointestinal endoscopy,” also provides a number of recommendations to mitigate the risk of CRE (and colistin-resistant bacterial) transmissions during an endoscopic procedure.

[*] Footnotes: (i) “Linking” (or “associating”) an endoscope or another type of reusable device to (or with) an infection or an outbreak does not confirm the device necessarily transmitted and caused the infection. More data would be required to conclude more definitively a causal relationship between the device and the infection.

[**] Regulatory reports submitted to the FDA routinely describe important clinical cases and experiences, but the findings and conclusions of these reports generally have not been peer-reviewed and may be incomplete, or, at least in part, inaccurate.